When the current jail was built it was done so with the future in mind. There is room for 40 bunks. Because Owyhee County does not fill all of those, we rent out the beds to other counties and the state of Idaho. In 2019, I brought over $284,000.00 into the county general fund for rented space. Because of that I can hold Owyhee County prisoners for a fraction of the cost of other counties.

Since the new jail was built, every year we have passed the Jail Inspection requirements for the State of Idaho. These are rules set up by the Idaho Sheriff’s Association to keep the Counties out of litigation, to operate the jails safely and to provide the care that inmates are allowed by law. There are only a few of the Idaho Counties that pass this certification.

Inmate meals are served 3 times a day and the inmates must be offered 2,500 calories a day. Inmates are also allowed to purchase certain commissary items if they have money. Inmates are used to clean, cook and do minor maintenance to the jail. This keeps costs to the county down by not having to hire a cook or custodian.

Visitation is completed through video kiosks. To schedule a visit contact CTEL @ 877-998-5678 or www.inmatesales.com

-Visits must be scheduled 24 hours in advance.

-Visits can not be scheduled more than a week in advance.

-Visits can be conducted from the kiosks located in the lobby of the Sheriff’s Office or at home on a computer or smart phone.

IMPORTANT: If an inmate is assigned to Disciplinary Segregation, they will not be permitted visits with the exception of attorney and clergy.

The phone provider used at the jail is CTEL. To deposit money into an inmate’s phone account contact CTEL by calling 877-998-5678 or online at www.inmatesales.com

Inmates also have the opportunity to rent a text/communication device. The inmate will be required to fill out a contract prior to being assigned one of the devices. Once assigned a device family and friends are the only ones who can fund this device. To put funds on those accounts, contact CTEL.

There are two ways to deposit money to an inmate’s account:

-Online- Contact CTEL at 877-to make a secure payment to their phone accounts.

Contact VENDENGINE to make a payment to their commissary accounts.

You may also bring in or mail a money order to the jail. Checks are not accepted and we do not recommend sending cash thru the mail.

Family and friends can also purchase approved commissary packages for an inmate by visiting www.commissaryorder.com

Inmates may receive written letters and standard photographs. All mail will be scanned and sent to a video kiosk for them to view. The mail will then be placed in their property. Polaroid photographs, stamps, envelopes, and other forwarded items are not allowed. Mail or publications containing images or depictions of sexual situations, nudity, or sexual acts are prohibited. In addition, mail cannot contain:

-Letters from other incarcerated inmates. (Unless approved prior by the jail Administration.)

At the discretion of jail staff, mail or publications containing unauthorized referenced or material may be refused, confiscated, placed in the inmate’s property or returned to the sender.

If you are reporting to the Owyhee County Jail to serve jail time, you must have a valid picture ID card.  We also ask that you bring a copy of your court commit paperwork.

Out of county court commits are at the discretion of the jail commander. Please call ahead to schedule.

ITEMS ALLOWED TO BE BROUGHT TO INMATES:

The only items that will be accepted at the Owyhee County Jail will be – prescribed medications, reading/prescription glasses, money orders, legal papers from attorneys, and approved religious items.  Books will be mailed to the jail in new condition and must be shipped direct from a retailer (i.e. Walmart, Amazon, and Barnes & Noble).

In compliance with Section 115.87 of the PREA standards, the Owyhee County Jail has reviewed data collected and aggregated in order to access and improve the effectiveness of its sexual abuse prevention, detection, and response polices, practices, and training, including:

-Taking corrective action on an ongoing basis; and

-Preparing an annual report of its finding and corrective actions

In compliance with Section 115.88 of the PREA standards, the Owyhee County Jail has prepared an annual report and aggregated data, which are available at the links below:

PREA sets the standard that protects Eighth Amendment rights of federal, state, and local prisoners, making the prevention of sexual assault a top priority.  It also increases available data on such acts.

You can learn more about PREA at the National Prison Rape Elimination Commission website.  https://www.prearesourcecenter.org/about/prison-rape-elimination-act-prea”

If you were the victim of a sexual assault while in custody, or if you know of an incident that occurred while you were in our facility, we urge you to report it by calling 495-1154 and asking to speak to a jail supervisor.  Your anonymity will be protected.  If you fail to report an incident, you could be found to have acted with deliberate indifference towards the victim’s health and/or safety.  If you file a false report it could result in criminal charges.

All reported incidents will be investigated.

Attention Friends and Family of Inmates

If you have reason to believe your incarcerated friend or family member may be at risk, or possibly the victim, of abuse or harassment in the Owyhee County Jail you can report this as a 3rd party to Owyhee County Sheriff’s Office by: • Tell a Staff Member or Deputy, in person or by telephone. • Write a letter to the Sheriff’s Office (PO Box 128 Murphy Idaho, 83650)

Inform another local Law Enforcement Agency (Canyon County Sheriff’s Office) –No report will be overlooked– §115.22 – Policies to Ensure Referrals of Allegations for Investigations.

The Owyhee County Jail will ensure that an investigation is completed for all allegations of sexual abuse and sexual harassment.

The Jail Administrator will arrange for further investigation, when needed, by contacting the appropriate investigators.

The employee assigned to do the initial investigation will write a detailed report on his/her findings and recommendations.

If an outside entity conducts criminal investigations, the Owyhee County Jail will cooperate fully with the investigation by providing access to the suspect, victim, witnesses and necessary staff. The Jail will also provide a secure room for the investigator to conduct the interviews and paperwork.

The outside entity conducting the criminal investigation will be asked to comply with the rules of the facility and the PREA standards. All requests to the outside entity will be documented.

This database is updated Monday through Friday between 6:00 a.m. and Noon, excluding holidays. Not all changes in the status of the warrants will be reflected here. Always verify that a listed warrant is active by sending a hit confirmation or calling the Owyhee County Sheriff’s Dispatch at (208) 495-1154, option 2.

This list contains people with valid arrest warrants through the Owyhee County Sheriff’s Office and Homedale Police Department for traffic or criminal offenses. Persons having warrants are subject to arrest upon contact by law enforcement officers. However, all warrants and their extradition must be confirmed prior to arrest. Misdemeanor warrants are only extraditable within the state of Idaho, and not all misdemeanors are extraditable statewide.

CAUTION: Misuse of warrant information may subject you to civil or criminal liability. Only peace officers can arrest on a warrant. Information contained in this warrant list should not be relied upon for any type of legal action. If you know the location of a wanted person, do not take action on your own. To report the whereabouts of a wanted person, call the Owyhee County Sheriff’s Dispatch at (208) 495-1154, option 2. Please be prepared to report the exact location of the wanted person. 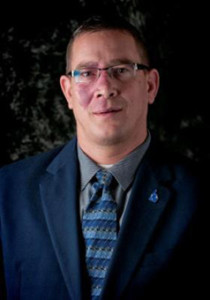